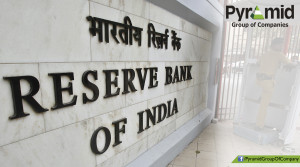 As widely expected, the Reserve Bank of India cut the policy rate (repo) on Tuesday by 25 basis points, the third time this year, to 7.25 per cent from 7.5 per cent. The repo rate is the rate at which the RBI lends money to banks.
But the move comes with a message that any further cut this year is unlikely. Articulating the concerns of the RBI over the expected poor monsoon and crude oil prices, Governor Raghuram Rajan expressed fears that a monsoon shock could push up food prices and challenge its control over inflation.
The stock market

reacted negatively to the move, shedding 660 points. And India Inc. is fuming that the cut is too little as they expected a reduction of at least 50 basis points.
The RBI cut rates by 25 basis points each in January and March from a peak of 8 per cent. But the benefits of these cuts did not reach consumers fully, as banks showed reluctance to pass on the benefits.
In the previous policy announcement — the first bimonthly policy for 2015-16 on April 7 — the RBI had maintained status quo in the repo rate at 7.5 per cent, saying that transmission of policy rates to lending rates had not taken place despite weak credit off-take and the frontloading of two rate cuts,
Later, several banks cut lending and deposit rates. Tuesday’s cut is an incentive for banks to reduce rates further.